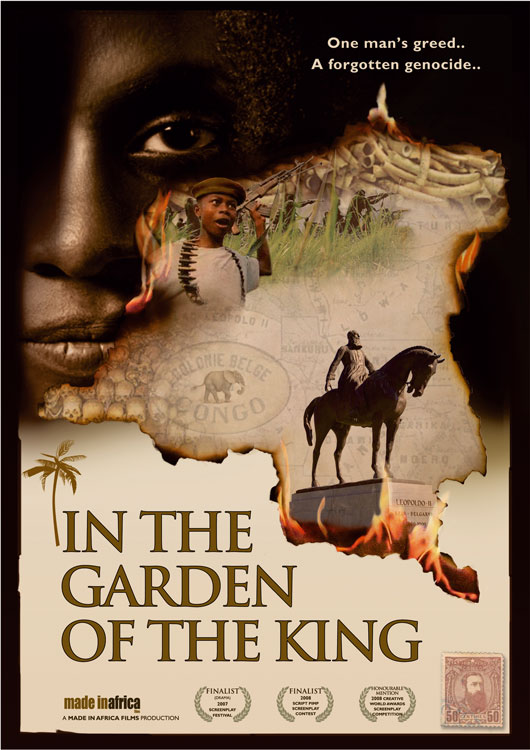 In the Garden of The KingFILM SCRIPTED
Info:

Finalist (Drama) – 2007 Screenplay Festival Finalist – 2008 Script PIMP Screenplay Contest Honourable Mention – 2008 Creative World Awards Screenplay Competition Quarter Finals – 2009 Nicholl Fellowship A fact-based human genocide, set during turn-of-the-century colonialism, exposing one man’s greed and barbaric abuse of power.  History’s greatest forgotten atrocity – Belgian King Leopold’s annexure of the Congo, the slaughter of over 10 million innocents, and the subsequent birth of the human rights movement. It was these events that led to the coining of the phrase “Crimes against Humanity” by George Washington Williams in the mid-1890’s in an open letter to the US Secretary of State. This phrase was not heard again until 50 years later at the Nuremberg Trials. Unbelievably, this dark part of recent history has never before been made into a feature film and has gone largely unacknowledged.