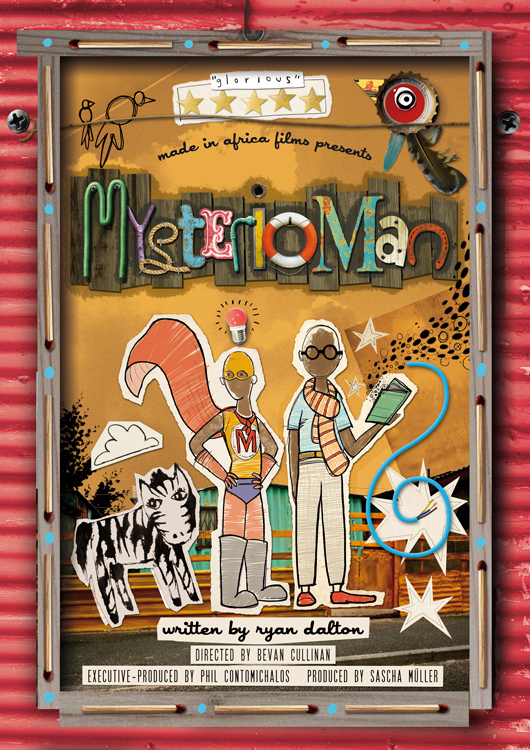 Sizwe, an eccentric, artistic twelve-year-old boy from the Marcus Garvey township outside Cape Town and his best friend Luthando, who happens to believe he’s a superhero called MysterioMan, live in a world where they are constantly picked on by bullies and passed up by girls.

Until one fateful night, when Sizwe is given a magical notebook that allows him to literally draw his own reality, one page at a time.